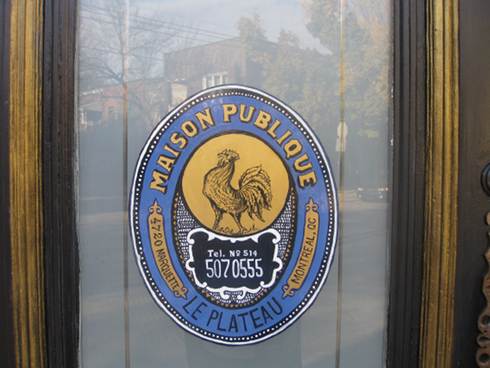 The 411 Lots of buzz has been building over the last little while with the opening of Maison publique – a project coming from a team of famed Montreal Chef Derek Dammann (who brought us DNA) and celebrity chef Jamie Oliver. The concept is a British gastro pub which, although may make one think of a dingy pub, is intended to be a more laid back resto with a pub style feel to it. With all these new openings we always have to revert to divine intervention in order to have them offer brunch on the menu, but we were blessed by these culinary heavyweights and they do offer a weekend brunch so all of us brunch lovers can get a chance to sample a brunch inspired by this new Montreal concept . 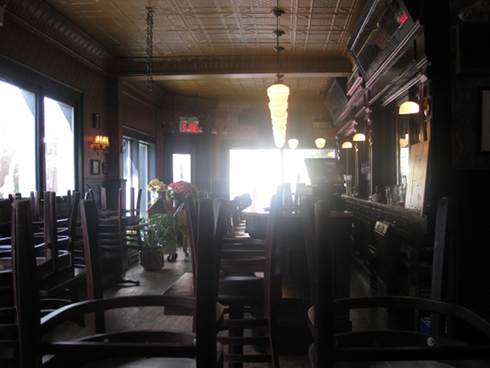 At 1st glance Situated on Marquette, corner of Gilford, Maison Publique is really tucked away and it kind of has a certain relaxed feel to it, even more so when you walk in. The reality is that you are walking distance from Mount Royal and all the business of the Plateau. But there is something soothing about Maison Publique; maybe it’s the large bar up front the ample amount of wood, or the funky washrooms where antlers are used to hold toilet paper. Whatever it is you feel at ease and comfortable when sitting down. 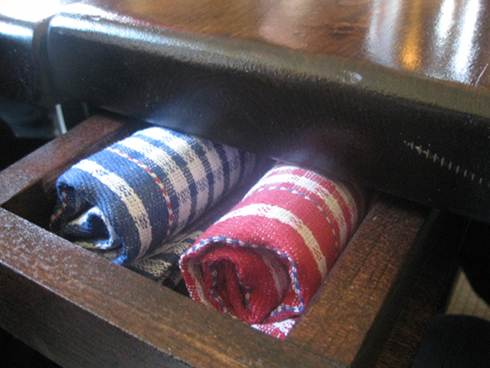 Food So, what is a British Gastro pub and how would it approach brunch? To be honest, you should expect some of the classic English breakfast dishes, like a bubble and squeak, the full English Breakfast mountain of meat – you know, heartier dishes. Nothing on the menu could really be considered light and artsy-conceptual, it’s supposed to be food you can sink your teeth into and feel full. We were told the menu is likely to change, although, I personally think there will likely be a few returning items like the English breakfast which is rather representative of English morning pub fare. The average dish will float at around $15 with coffee extra at $3 the menu breakdown is as follows: 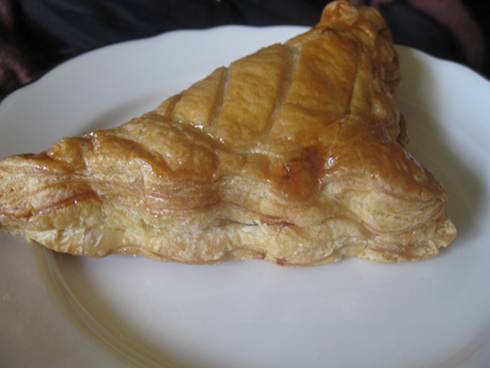 Although the menu may seem short, I should note that Chef Derek Dammann’s previous restaurant DNA was know for some rather creative dishes so even though items like the bison tongue sandwich and lamb curry may not seem like your typical brunch dish, I would be curious to try them out. On this trip we stuck with the classic brunch dishes, and since I only have 1 stomach I could not sample some of these other items but I do plan on doing so another time. 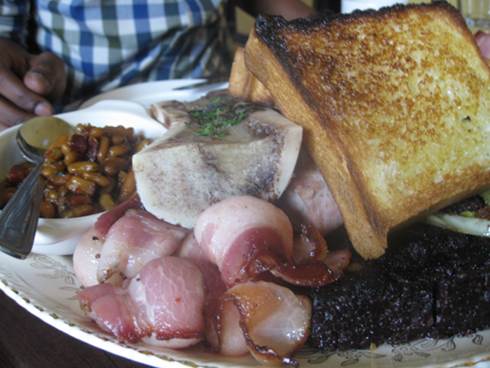 Let’s start with the elephant in the room: the brunch for two which weighs in at $40. This is an English breakfast dish that you can share. This dish is enormous! It has two pork chops, blood pudding, sausages, a giant bone marrow, baked beans bacon and bread. This is definitely the biggest English breakfast dish in town. Not since having been in London and having a Full English Butchers breakfast have I had that much meat. Besides the fact that this dish is filling, it’s extremely tasty. The pork chop is a nice touch since other places would lean more towards beef and makes this dish a little more unique. The blood pudding was incredible I can say that I am now a blood pudding fan. However, since others are not, I suggest you give it a try before judging it but it is tasty, moist and comes as a generous portion. Sausages were also filling and tasty and the beans were a nice touch and also came as a hefty portion size. The bread was a thick slice and good for mopping up beans and the two fried eggs its comes with. 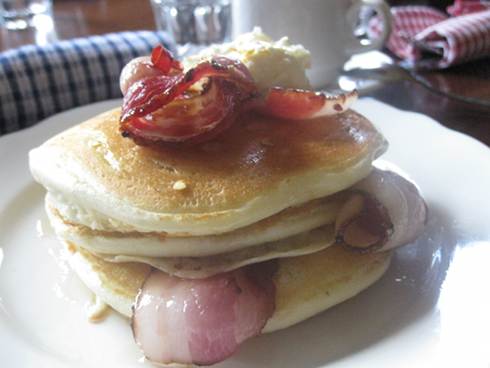 The pancakes and bacon ($13) was a stack of 3 pancakes with bacon. The pancakes were very moist and the bacon worked nicely with them, not to mention there was a pear butter, which was not overpowering. This dish is also rather filling since you get 3 decent sized pancakes. 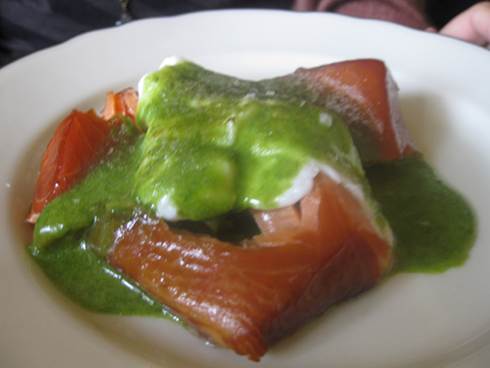 The next dish on the menu was the smoked salmon ($16), and came served as a large piece of salmon and not the thin slices we are normally used to. I find this amazingly creative in its simplicity; this is the last thing I would expect in a smoked salmon dish. The salmon portion size was generous and topped with a sauce. My one issue is that it was a little more salted than I would have liked as it made finishing it a challenge since the salt was so pronounced. 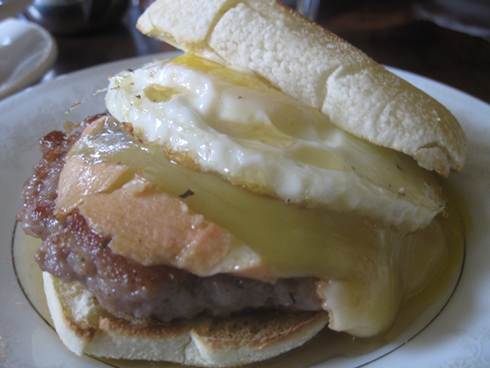 Lastly, the English muffin sandwich ($14) was a sausage patty with a nice piece of cheese and an egg all between two English muffins This dish may seem small but it is in no way small in taste being a nice addition my list of breakfast sandwiches I enjoy.

Having just opened 3 days prior to my visit, I am always worried about the staff getting into its groove but our waitress was amazing as she broke down the menu to us, made suggestions and was on top of our refills. She was also chill and chatted with us even though we dragged our heels to get out.

Although the menu does have some meat heavy dishes there are some good fish options for those pesco-vegetarians but if you don’t do fish and want a true vegetarian options it will be difficult.

I am very happy that we now have Maison Publique as a brunch option spot, I can see people making the trip over and, trust me, it will be worth it. Their menu offering helps add some variety to the area and the décor as well as location selection is amazing. The price can be more than what you are used it won’t break the bank and you will have something unique. So do check it out and be courageous and try some of the more rare dishes.