This year, winter came early and we got snow – cold, heavy, depressing snow. The kind that makes you wake up an hour early to shovel your car or to make you wish you had snow shoes to make it to your bus stop because the sidewalk disappeared.

So, during this season the food Gods have shone on us and offered us two very rare treats. Brunch at Ice house and at Pied de Cochon – two locations that traditionally do not do brunch. Now, both of these are for a limited time so do check them out soon or else it will be too late. 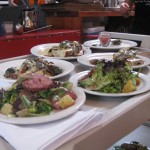 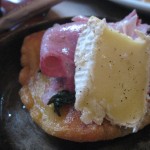 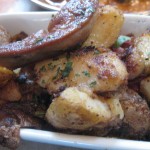 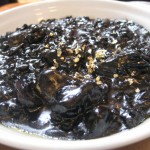 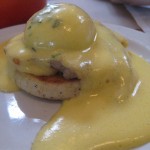 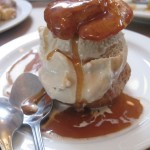 You may know the Pied de Cochon Cabane a Sucre meals that are legendary but did you know that the restaurant is serving a weekend brunch until the end of January? Situated on 536 Duluth East, the restaurant has ample seating and no need to reserve – because you can’t. They don’t have reservations for the brunch, so you just show up.

You can get a decadent dim sum style brunch on Saturday or Sunday between 10am and 2pm. Most items are priced between the $4- $8 range, although, there are some decadent items like the ostrich egg which weigh in at $60 (add $20 for foie gras).

You can chose from a list of 29 items. They pass around a cart like they would at a dim sum place and you choose what you want. We were only 2 people and we went a little overboard as our bill was around $80. We binged on oysters, dumplings, ribs, beans, potatoes with foie gras, risotto with squid ink, and poached eggs. I have included some pictures of the menu and some of the items we ate. 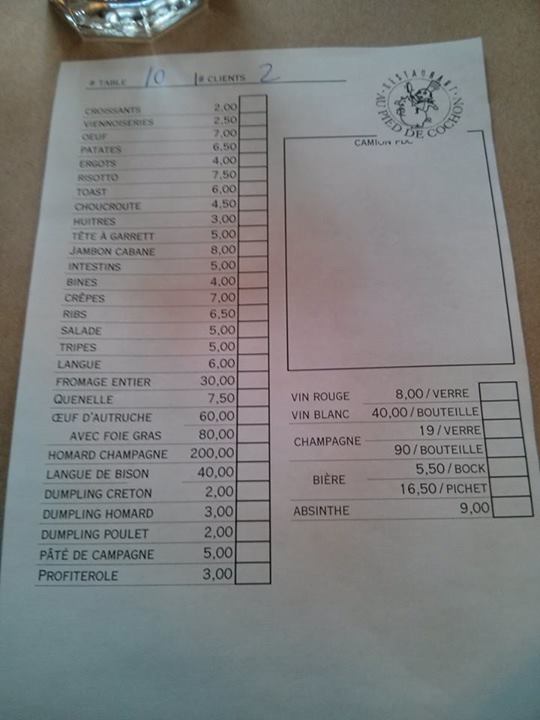 Also, during this holiday season we have Ice House which now offers brunch. They haven’t done this since they opened years ago but are now testing out the waters. Situated on 51 Rue Roy Est, this small location offers some down south Texan style food that works for brunch. Most items are in the $10-$12 range and coffee is an extra $3 but gives you free refills.

Some items you can choose from are the huevos rancheros, burrito breakfast, ham and fried pineapple sandwich, and po’boy to name a few. We had the hash, the sandwich and huevos for 2 people and were stuffed. We were also famished walking in so you should walk away with a full belly and a smile.

Reservations are suggested and there are 3 services. The first 2 fill up fast and the last one has some empty seats. The service hours are 10am, 12pm and 2pm. The last weekend it is available is December 21 & 22nd. So don’t delay. 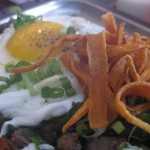 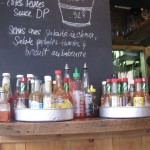 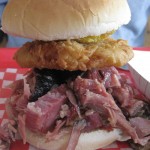 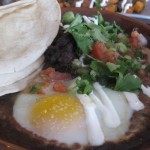 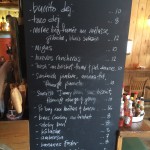 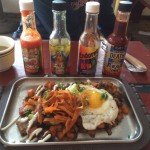