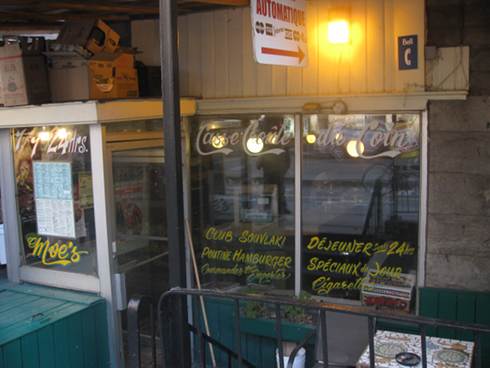 The 411 On the corner of Lambert-Closse and De Maisonneuve is a Montreal institution called Corner Snack Bar or Moes. With breakfast options available all day long, this Montreal time sake is dear to many and many wild and crazy nights have ended up here (or rough morning-after’s have been saved by their filling dishes). If you have ever been out drinking at night and need some food to fill you and recover Moe’s is your go to spot. . The staff in this family business gave us a mini history lesson and explanation as to why some people call it Moe’s. Once up a time over 50 years ago the corner snack bar was owned and operated by a man named Moe. He would later sell it to our waitress’ grandmother and now it is run by another family member. People used to call it Moe’s before but since Moe’s is the name of another restaurant in Montreal it was difficult to use that name so they used corner snack bar even though it is still referred to as Moe’s by many. END_OF_DOCUMENT_TOKEN_TO_BE_REPLACED