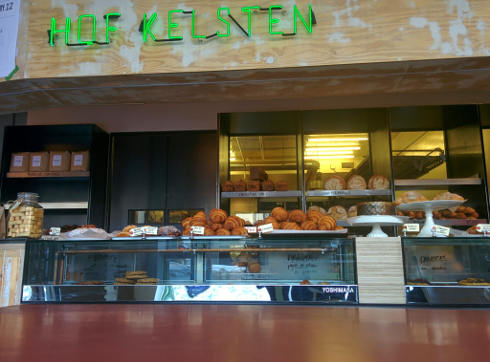 You may have heard about Hof Kelsten. In a short time, the legend has grown about the bread guy, Jeffrey Finkelstein. He is Montreal’s prodigal son, who has worked at some of the top restaurants around world. His list includes Toque, French Laundry, Per Se, and even El Bulli. Now back in Montreal he has been making bread over at Hof Kelsten and also has some other items that are a little more than just bread. Simply put Hof Kelsten does brunch. So one Saturday morning, the Montreal Food Divas were miraculously awake and not hungover so it seemed logical to do brunch. Now finding a spot that will impress the Divas is not always an easy task but we knew that Hof Kelsten would not disappoint.