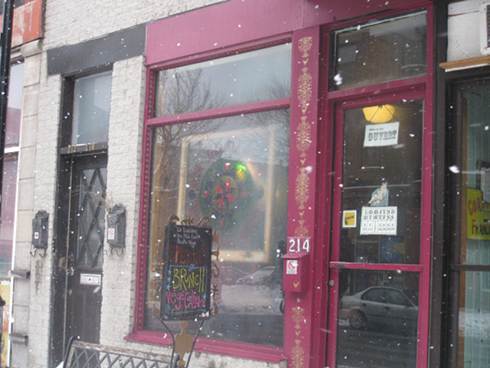 The 411 Over the last little while, Montreal has offered some Vegan and Gluten free menus. It’s a slow trend in general and for brunch, it’s even slower. Often people have difficulty seeing brunch without eggs or bread. There’s lots of dishes without meat but to be vegan and or gluten free is tricky. Also, to be clear – just because something is vegan does not make it gluten free and visa-versa. And there are some people who are both. So, where do you go if you want brunch and it has to be either something vegan or gluten free or both? Well, La Lumiere du Mile end is that place.